In the second half of the 1840s more than 100,000 Lutheran peasants in Livland voluntarily converted to Orthodoxy. The mass conversion movement left a long-lasting mark on the religious landscape of the Baltic provinces in the decades that followed. Where previously the Orthodox presence had been quite weak in the predominantly Lutheran Baltic provinces, henceforth the region came to be perceived by the Orthodox Church and Russian imperial authorities as part of the western borderlands of the Orthodox faith.

The driving factors behind the mass conversion movement were varied. Peasants were attracted by rumours about the socioeconomic benefits of adopting the tsar’s faith. As the movement progressed, they also increasingly perceived conversion to Orthodoxy as a form of social protest against their Lutheran Baltic German landlords.

In the years that followed, the poor Orthodox infrastructure in the Baltic provinces left the Orthodox Church struggling to administer to all the new parishioners. The limited number of church buildings and priests meant that the reach of the Orthodox Church remained patchy and overstretched. The new converts’ dissatisfaction with Orthodoxy mounted, heightened by their dawning realisation that they had been misled by rumours, their sense of disillusionment when socioeconomic benefits did not materialise in the short-term, and discouragement when converts were discriminated against by their Lutheran landlords. By the 1850s-60s, the tide had turned and many converts began returning to Lutheranism.

Strictly speaking, reverting from Orthodoxy to a former faith was illegal under imperial law prior to the 1905 Edict of Toleration. However, in 1865 the tsarist authorities decided to overlook the enforcement of laws in Estland and Livland that required couples in mixed marriages to make a premarital pledge to baptise and raise their children as Orthodox. Some parents took this to mean that they had permission to raise their children as Lutherans. Others went further still and interpreted this move as a relaxation of the laws prohibiting return to Lutheranism. As a result, the number of mixed marriages and multi-faith families increased. Following the accession of Alexander III in 1881, these policies were rescinded and Lutheran pastors who had ministered to apostates were persecuted. The imperial government also introduced policies to more closely integrate the Baltic provinces with the rest of the Russian Empire, including the switch to Russian as the language of administration and education. In the religious sphere, this prompted several further waves of conversion to Orthodoxy in Livland between 1880-82, Kurland in 1883-86, and north-west Estland from 1883-85.

How many and where? Challenges of counting converts

From the perspective of the Church and imperial authorities, this movement back and forth between Orthodoxy and Lutheranism posed a problem. It challenged traditional assumptions that religious identity was something that was fixed to a person: inherited from parents, assigned at birth, geographically determined, and documented in church registers. The conversions to and from Orthodoxy left the Church and state authorities struggling to account for people who engaged with religion in a more flexible and fluid manner, whose attitude was shaped by ideas about confession as an individual choice rather than a birth right, or who converted several times between faiths over their lifetime.

Both Church and state authorities responded to the conversions by attempting to monitor religious commitment more closely. The Orthodox Church instructed its priests to collect records of apostates. The expansion of the tsarist state and Orthodox Church into the Baltic countryside in the second half of the nineteenth century meant that those who moved between confessions during their lifetime found it increasingly difficult to escape the attention of the authorities. At the same time, it proved very difficult for the authorities to gather accurate data on apostates. Discrepancies between administrative records and everyday lived religious practices created huge disparities in statistical data about dissenting confessional behaviour and made it very difficult to assess the scale of apostasy.

In the late 1880s, the Livland Provincial Statistical Committee experimented with a novel approach to tackle the apostasy question. The Statistical Committee gathered data on the number of Lutherans, Orthodox, and ‘evaders’ from Orthodoxy in each parish and visualised this data on a series of statistical maps. As far as we can establish, these maps, held in the National Archives of Estonia, are a unique example of how the imperial authorities were exploring new methods for visualising statistical data to understand bigger patterns and trends in religious commitment. 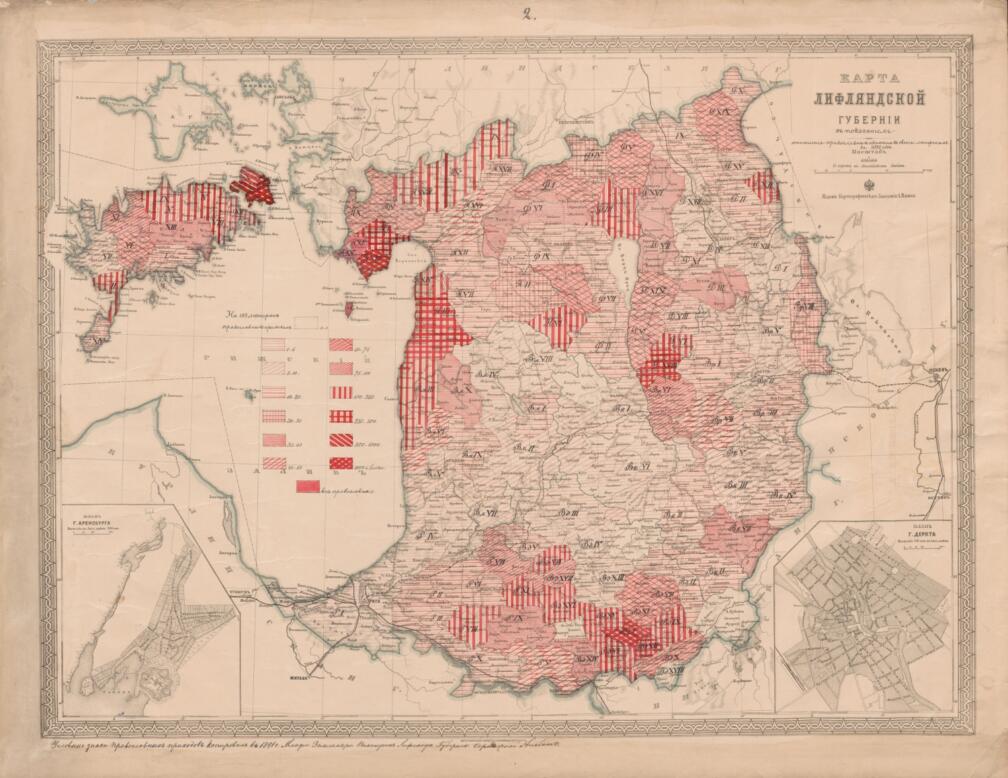 The use of statistical maps to visualise data on religious conversions in Livland represented a dramatic departure from customary practices of mapping religious groups in the Russian Empire. Aleksandr Rittikh’s famous Map of Religion in the Baltic Provinces (1873) classified the inhabitants of the Baltic Provinces into a coloured mosaic of religious communities, each with its own clearly defined territory and borders. By contrast, the Statistical Committee’s maps of Livland showed how Orthodox and Lutherans lived alongside one another in the same areas and the porous boundaries that existed between the groups. 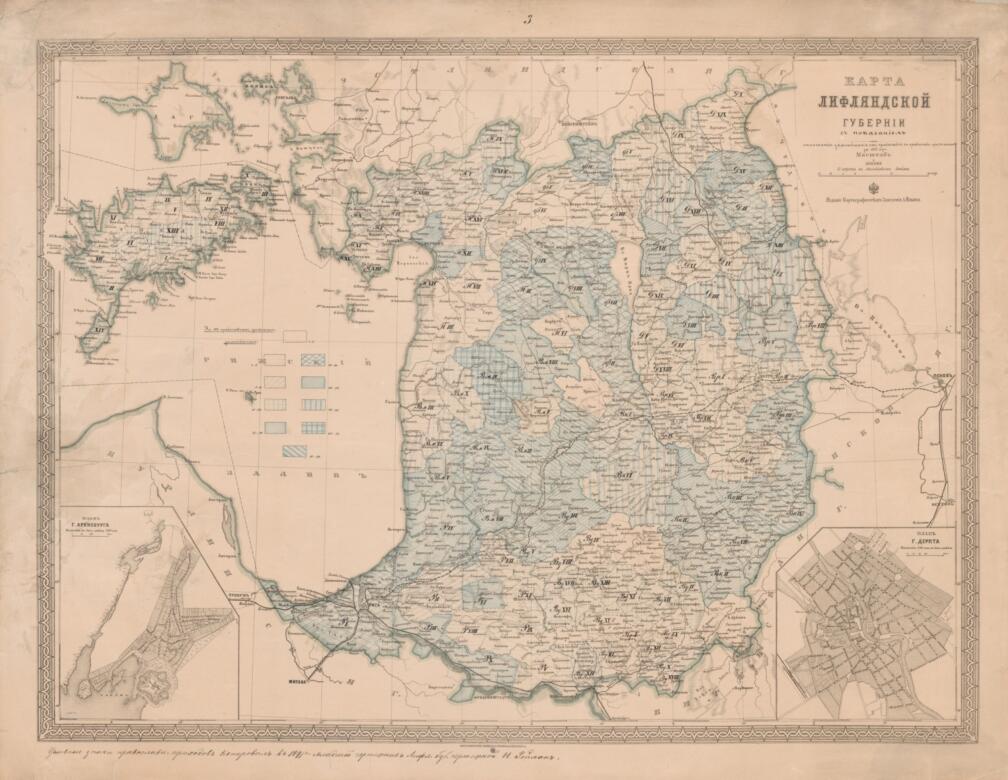 The maps stand as an example of how by the late 1880s Church and state authorities in late imperial Russia were struggling to develop new bureaucratic tools to understand changes in society which defied traditional methods of counting and ascribing fixed religious identities to people. The maps serve as an important source for historians looking to understand the gulf between official practices of documenting religious identities and everyday lived religious experiences in the past.

The full results of this research are published in the open access article: Catherine Gibson & Irina Paert, ‘Apostasy in the Baltic Provinces: Religion and National Indifference in Imperial Russia,’ Past & Present (May 2022), available here. The research is part of the project “Orthodoxy as solidarity”, funded by the Estonian Research Council grant (PRG 1599).